In the heart of Tel Aviv, two stunning building types stand out while strolling the streets; Bauhaus and Eclectic styled buildings. With an endless source of inspiration, young masterminds created new images to the city. Recently, Tel Aviv has been ranked by UNESCO as a world heritage site due to its 4,000 buildings that rightly derserve this title. These buildings are a must see when you are in Tel Aviv!

Marvelous Bauhaus buildings originated in the early 20th century as a new type of German design. The founding father, Walter Gropius, decided to combine different crafts, such as painting, interior design, and sculpture, into a single creative expression. These unique buildings were created by young mastermind students that came from a diverse range of social and educational backgrounds. The combination of both elements – fine art and architectural design – is considered to be one of the most influential pieces of modernist architecture today.

Tel Aviv has the largest collection of Bauhaus-style structures in the world. With over 4,000 buildings built in this unique style, Bauhaus architecture flourished in Tel Aviv in the early 20th century due to its 17 former Bauhaus students who were local architects. Their distinct features and key elements of Bauhaus architecture had to be adapted to the local environment, mainly because of the climate. Some essential elements that Bauhaus has is its long narrow balconies, stilt columns and flat roofs. 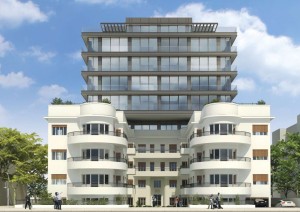 Eclectisim came into practice in the late 19th century. It was considered a new architectural language that stemed from a variety of different styled buildings throughout history. This allowerd archtiects to express themselves more freely. This provided them an endless source of inspiriation as they were re-interpreting historical buildings. In recent times, these buildings have become significant landmarks since they created a new image to the city.

Tel Aviv was first obsessed with eclectic styled buildings in the early 20th century. Most of them can be found in the heart of Tel Aviv. From its vibrant colors of blues, yellows and greens, to its arches and domes, these buildings became very desireable. Unfortunately, a majority of them have been neglected and demolished in recent times.  However, property buyers are purchascing the remaining landmark buildings and restorring them back to their original form. Make sure you visit the area and see these unique buildings! 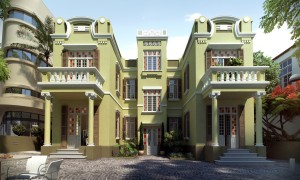 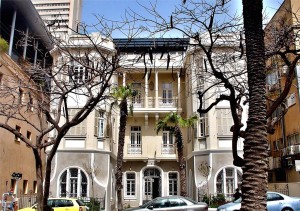 For more information on Rothschild promenade, known for its historic buildings click HERE